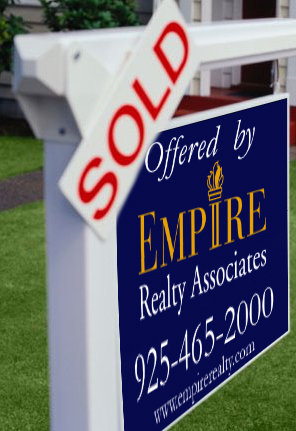 Spring has officially sprung, but the spring housing market started about a month ago, according to most real estate agents. With the supply of homes for sale not even close to demand, competition has been fierce, and that is changing the rules of the real estate road. Yes, it’s a seller’s market, but not all homes sell quickly, especially if they’re not priced right and if the timing isn’t right.

When is the best time to sell? That depends on whom you ask.

“It’s early May, and the reason is because inventory being so tight, a lot of homebuyers are having to put in multiple offers. That is extending the length of the homebuying season, such that a lot of times later on in the season people are more eager to buy the house because they have been frustrated with earlier offers, and they are paying a little bit more money,” said Stan Humphries, chief economist at Zillow Group.

There are 9 percent fewer homes this buying season compared with a year ago, so listing in early May results in you selling your house about 18 days faster and for about 1 percent more than you would get otherwise, according to Zillow.

In other words, Zillow expects a buyer-desperation factor come May that will result in buyers paying more. Back in 2011 and 2012, when there was less buyer competition, March was best for sellers. Zillow then looked at the last two years, when competition was hotter and found May was better in 18 of the largest 25 metropolitan housing markets.

“In most markets right now we are seeing the conventional way of buying to have shifted really to staging for multiple offers, which is a huge shift from where we were just three-four years ago,” Humphries said.

Sellers can see the biggest price premiums in May in Chicago, Boston, Minneapolis and Detroit, where Zillow found homes selling faster and for more money. In Miami and in Washington, D.C., it found April to be better for sellers, but that may already be changing.

“I think that March is the new April,” said Licia Galinsky, a real estate agent in the Takoma Park neighborhood in Silver Spring, Maryland. “You think of the buying season as in April, as soon as spring starts, but March is really holding true.”

Galinsky listed two homes for sale on the same block last week and already has offers. Much-needed new listings are coming on, but the demand is right there to meet them.

“I see houses popping up. Every Thursday and Friday there will be four or five more coming on the market, so that’s nice, but there are also a lot more buyers,” said Matthew Williams Hamilton, a potential buyer who was walking around one of Galinsky’s listings with a home inspector on Friday. He expects his will be one of multiple bids.

Best Window to Sell Homes Faster and for the Highest Price

While today’s housing market is more competitive than it’s been in several years, that competition prompts potential buyers to be more knowledgeable about the homes. They probably know that they’ll be in a bidding war for a good home, but that doesn’t necessarily mean they’re ready to overpay. Even in a seller’s market, some homes will sit.

“Home sellers cannot afford to be overly confident or sloppy with details in a market that favors them. A well-honed and executed listing strategy is critical in maximizing a home’s price and time on the market,” said Nela Richardson, chief economist with Redfin, a national real estate brokerage.

And that includes listing a home on just the right day, which, according to Redfin, is Thursday. It found that homes listed on Thursdays are more likely to sell faster, above list price and for more money on average than comparable homes listed on other days of the week. This is because potential buyers are getting ready to go shopping over the weekend. Listing on Saturday, Sunday or Monday are the worst times. Unfortunately, just 18 percent of homes are listed on Thursday.

This site uses Akismet to reduce spam. Learn how your comment data is processed.

Thank you for your inquiry.